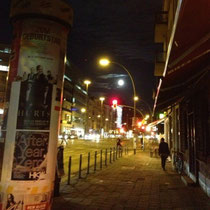 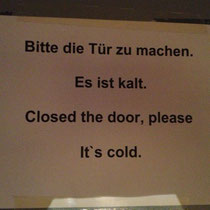 although a literal translation would be “party days” or “day of celebrations”, this is actually the German word for public holiday, or, as translators like to call them, “regular working days!”

If you find yourself in Berlin in November all you really want to do is curl up next to the radiator (or coal-heated oven if you are retro) with a good book and a mulled wine/hot chocolate (delete as appropriate). But there’s no rest for the wicked because upon closer inspection the German calendar reveals a whole bunch of weird and senseless holiday traditions that require your involvement, especially if you have kids. Plus, every German person I know seems to be extremely well informed about each public holiday’s religious background and customs (which I secretly admire), while in England we just call every day off work a Bank Holiday without a thought for the occasion or traditions we are supposed to be celebrating. So it’s hard for us Brits to get our ex-pat heads round the whole concept! But unlike in England, where they make sure to fall on a Monday, most of the Feiertage in Deutschland are on random days like Sundays or aren’t even public holidays in the rest of Germany or statutory non-working days off, which makes it all the more annoying.

And just in case you’re not prepared, here’s a rundown of the best of the worst:

So don't say we didn't warn you! Try and have a happy, cosy November anyway and remember, Christmas with all its Advent and Nikolaus Feiertag fun is just around the corner…!